2008-09 was the 50th year for the OVPL. The club from the RA Centre finished with a
perfect 8-0 record to edge out Arnprior’s bid to repeat as champions. 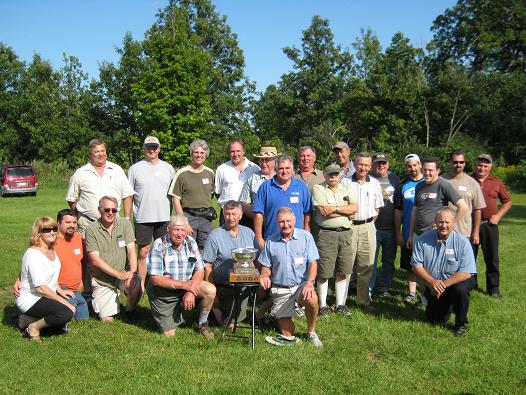 Still, the two best individuals this year came from the second place club. Congratulations to Dwight and Mark for a good year, and to the RA Gun Club for that team’s showing.

Notes
Our schedule got off to a slow start this past year, since none of the September matches could be fired.

In the standings, it’s interesting to see how close the teams finished: a three-way tie for third place. For different reasons, each of those three teams both won and lost at least one match by default.

The standings are based on points from wins and losses.
Ties are broken first by considering the matches between the teams that are tied. See the Rules.